Thomson's theory on the makeup of the atom explained that he believed an atom resembled a popular dessert at the time, plum pudding. In this moden, the "pudding' was a positively charged area while the plums were electrons scattered about. He discovered the electron during his cathode ray experiment.

Comparison between plum pudding and Thomson's model of the atom 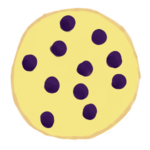 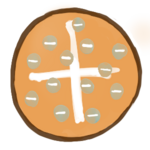 The model on the right is a demonstration of what his idea suggested that an atom looked like. The left is a comparison to plum pudding, the model's namesake. Thomson's model lacked an important part of the atom, the nucleus.